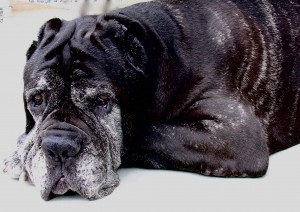 Julian Omidi is an advocate for animal welfare, the global fight against poverty and several other causes. In the following post, he takes a closer look at some of the world’s oldest animals.

I recently heard a friend bragging about his dog. The animal had reached its twentieth birthday, a rarity in the canine world. While 20 might be a huge milestone for a dog or cat, that age would be considered extremely young for a sea sponge. No, sea sponges are neither as cuddly nor as trainable as puppies, but they live to be nearly 1,500 years old!

National Geographic recently highlighted several of the world’s oldest animals. Most live under the water or fly through the air, with only one member of the “oldest animals club” being a land-dweller.

Only one creature on National Geographic’s six oldest animals list walks on the land during most of its life. Meet Thomas the tortoise. Actually, you can’t meet him anymore because he passed away last year at his home in the U.K. at the ripe old age of 130 years. Tom was outdone by a couple other famous tortoises, namely Tu’i Malila of Tonga, who reached the age of 188, and Harriet of Australia, who passed away in 2006 at age 176.

Ming, a deep-sea clam that was accidentally killed by researchers in 2006, had reached the age of 507. Bow head whales typically live to 200 years, with one documented to be 130 when it was caught by Eskimos in 2007.

While Koi fish usually live to the age of 50, one found in Asia in the 1970s was 226 years old. Because the fish have annual “rings” that can be counted, scientists were pretty sure of the oldster’s exact age.

What’s the secret to living a long life?

Cranes and flamingos often live into their 80s. In fact, an albatross named Wisdom became a proud mother for the 35th time in 2012 when she laid an egg at the age of 62. Wisdom is still alive, and probably can’t wait to get her youngest off to kindergarten so she can finally enjoy some “me” time.

Scientists aren’t sure why some species live so long, but whales offer a clue. They have extremely slow metabolisms and have a ready supply of food throughout their lives. So, maybe the lesson for us is to slow down and eat right. Why not learn from the whales and see if we can live to be 200 years old.

Julian Omidi, along with his brother Dr. Michael Omidi and mother Cindy Omidi, are advocates and co-founders of numerous non-profit organizations including Animal Support.