Which Animals are Really the Most Intelligent? 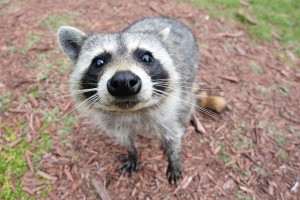 Julian Omidi discusses the intelligence of animals and looks at how non-human communication has pointed the way for various research efforts in the field.

New research is showing that humans and primates are not necessarily the smartest of all living species.

This conclusion goes against traditional assumptions that mankind, along with our primate cousins, have the most developed brains on the planet. Now it appears that the brainiest animals might reside among the multitude of creatures that make up the earth’s sea life.

Cetaceans (whales, dolphins and porpoises) are enjoying a new status among researchers who study animal intelligence.

Speech is a key indicator of intelligence

Speaking, or communicating in any audible way, is the hallmark of brain power among living beings. Scientists have long suspected that cetaceans employ extremely complicated methods of “talking” to one another, an idea that modern research supports.

Without getting bogged down in scientific minutiae, the newest explanation looks at the way cetaceans communicate with each other. It seems as though they are able to convey thoughts or images via sound, something akin to mental telepathy.

Does this mean dolphins and whales are psychic? Maybe, at least based upon the most rudimentary definition of that word.

The ten most intelligent animals

Other experts think chimps are probably the smartest non-humans on earth. Chimps think like us and use tools in ways that indicate high brain power. Pigs, bottlenose dolphins and parrots are usually the next three entries on “most intelligent animals” lists. Pigs have unique abilities to adapt and learn, while bottlenose dolphins possess a higher brain-mass percentage than any other animal. Parrots, no slouches in the animal IQ department, have amazingly powerful memories and can solve complicated problems. The ability to mimic human speech is just one of their many talents.

The rest of the smartest animals list is rounded out by whales, dogs, octopuses, elephants, squirrels and cats. Recent experiments prove that elephants have advanced social skills and are capable of emotional empathy. Octopuses, squirrels and cats share a powerful expertise as hunters or gatherers, while dogs are fast learners and have an uncanny ability to notice small details of a given environment. Like the animal kingdom itself, research evolves. The latest data about cetaceans is truly cutting-edge science. Look for lots of follow-up studies and media attention in this fascinating area of academic research.

My brother, Dr. Michael Omidi, recently delved into the topic of animal rights on his own website. The subject of “legal personhood” for animals is a new field in the world of law. If society hopes to successfully address the thorny issue of animal cruelty, the legal profession will need to clearly spell out what rights animals have and don’t have. But the legal question is really only a sidebar to the core issue of preventing abuse. Yes, stricter laws are needed to punish humans who are cruel to animals, but getting into protracted legal battles over hair-splitting definitions is not the most direct way to prevent animal abuse.

As research continues to show that animals are much wiser than we ever suspected, it becomes even more important for humans to treat them with kindness and care. Intelligent or not, animals are sentient beings that feel pain and, in many cases, have emotions. It is our duty to protect them from harm and assure their well-being.

Thanks for caring about our animal friends,