Making Progress in the Fight against Childhood Obesity 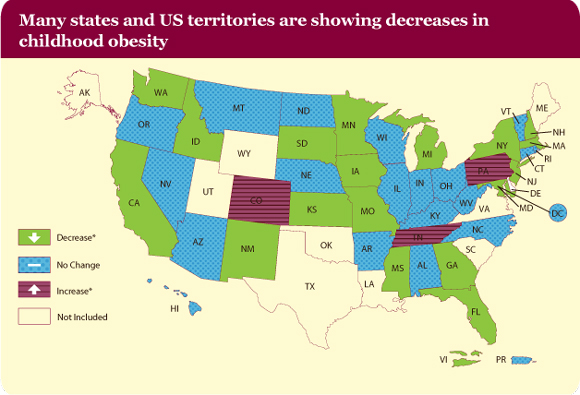 Dr. Michael Omidi is an advocate for children’s health. In this article, he discusses the findings of a recent Centers for Disease Control and Prevention report on childhood obesity.

There may not be a lot of good news in the world today, but a new report from the Center for Disease Control shows we have made some progress against childhood obesity.

Low-income children have shown the most improvement, according to the CDC study. We still have a long way to go, but it is nice to finally see some decline.

Overweight children are five times more likely to be obese as adults, which can lead to a lifetime full of physical- and mental-health problems. For decades, obesity rates among low-income preschoolers have been steadily rising and currently one in eight preschoolers are obese. The numbers are worse for black and Hispanic children, the study shows.

Obesity rates for preschoolers are showing signs of improvement, but we still have more work to do. In 19 of the 43 states and provinces studied, obesity rates decreased during 2008-2011. These children are typically 2-4 years in age. Rates increased slightly in three states and stayed the same in 21 of the 43 areas studied.

The CDC study focused on data from 12 million children who participate in federally funded nutrition programs. It included children from 40 states, Washington D.C., the U.S. Virgin Islands and Puerto Rico.

There have been government initiatives that have taken effect that may have had an impact, but the CDC cannot say if these programs are responsible for the shift. Michele Obama’s Let’s Move! program, which started in 2010, encourages child care providers to reduce screen time, serve fresh fruits and vegetables at every meal, and provide outside play opportunities. The program is also trying to eliminate sugary drinks and fried foods from children’s diets.

The progress illustrated by the study is great news. After all, we’ve seen increases across the board in child obesity for decades. There is still much improvement to be made. This is a complex problem and will not be solved overnight.

Our children are the future. We need to give them the best start in life we can. The world is becoming aware of just how quickly habits are formed. Our society needs to find the best methods of curbing bad eating and lifestyle choices and make sure they are available to all our children and parents. One step at a time, we can do this.

The Omidi brothers, Michael and Julian, are co-founders of the Childhood Obesity Fund. This charity has a focus of eliminating obesity in children.